A long time ago, when I wore a much younger man’s clothes, one of my pastimes was drawing. Specifically pencil/charcoal sketches of random things or ideas. Recently, I re-ignited my love of this form of art. The sketches below have all been made in the last month or so – such is the desire in me to take up the pencil once again.

I began with this sketch of books – a subject close to my heart – and designed this drawing to be a tattoo, which I now have.

This shot is taken from the framed picture – hence the background shadow, but you get the idea of the design. I wanted to create my own unique tattoo design to incorporate both of my son’s names, and of course, the books.

Having drawn this design, it then went off to the tattoo artist for him to make a  template which was duly applied to me. The thing is … Once I’d finished this, I began to experiment with lead drawing as I did when I was a boy, creating yet another potential tattoo design. This is to be a bold back-piece for the future, but turned out to be a very meaningful image.

Below, you’ll see my family tree, or an interpretation of it. This design took almost seven hours to create and saw a few additional changes after that.

The Family Tree will cover most of my back when it is complete. The branches will extend up to, but not over, my shoulders while the roots will spread out over the base of my spine. Yup, it’ll sting a bit, and take up to four hours to do. The quote at the foot of this image came from Sylva Fae, also featured further down.

I didn’t stop there though – perhaps for the tattoos, but not for the drawings. Lately, after work, I’ve been sketching to help ease the stresses of the day. The writing side of my persona is still very much there, but at present subdued. I can’t write for writing, you see. I have to write when I feel like it – when I can focus on a story, plot, or character.

And so I continued to draw. The next one is also a tattoo design potentially, but not for me. My partner asked for a wolf image, so I created one for her.

This design didn’t take too long to produce and will make a good shoulder blade piece or possibly at the top of the breast (for males). Whether it actually gets used is another matter, but I enjoyed creating the image. The shorter muzzle makes her a female wolf watchful and alert for danger, at least, that was the idea. Hehehehe.

Many these designs were made as potential tattoo images. For anyone with tattoos, you’ll know that they can be addictive. That said, I’ve always opted to be able to hide my own and not have them on permanent display to the world unless I want them to be seen. They’re personal to me.

The next such design I created in memory of my father – someone much missed, but it also applies to a lover, I think. I’m not one for having partners names etched permanently into my skin, given my illustrious dating past, I’d need a bigger body 🙂 The Scroll however, applies in much the same way.

I’ve seen many versions of this image, though I wanted one unique, as with all of my designs. In this one, I added the floral element which I think works for both sexes and sets off the scroll itself nicely. I should state that I’m not a trained artist and my sketches are just that – sketches. I’ve no doubt art critics would laugh at most of what I produce, hehehe.

From here, I decided to have a go at people. People aren’t my bag, normally, but in the theme of body ink images, I thought I’d have a bash at creating a lover’s embrace – though I have no intention of applying that in tattoo form for me personally. It was more an experiment to see if I could produce anything half reasonable at all. While I’m still not 100% with this image, I laminated it in the end to prevent me from having to go back day after day to change it, hehehe. That allowed me to move on, but you’ll see below. The Lover’s Embrace is simply an experimental design.

This one took awhile to get remotely right and ideally still needs a tweak to the arm and face of the male, but it gave me a good practice session discovering shading and enhancement techniques I’d forgotten.

For me, much like the rambling tales I have produced in Salby Damned, and Salby Evolution, this is a form of therapy for my being – cheaper than a session with the local psychiatrist, I can tell you. On the subject of Salby. A friend of mine suggested I should write a prequel to the series. I’ve given it some thought of late and it seems like a good idea. Just a short 20-30k worder maybe, a little potted history of the town before all hell broke loose. What do you think?

… and speaking of friends. A certain friend of mine, the lovely Sylva Fae, has a particular penchant for unicorns and all things magical. She is quite a magical soul herself, always managing to find the fairytale in most things. It was to that end that my next sketch (yesterday in fact) came into being.

As with the Lover’s image, horses are a new attempt and this one erring on the side of fantasy, rather than realistic composition. It took a little over three hours from blank card to this. I draw primarily on A4 200 gsm thin, pure white card. The reason being that paper is too thin to correct errors on in process, and believe me, I get through a lot of eraser time, hehehe.

As I thought more about my friends, a name popped into my head. Lesley Hayes. I’d sent her a paperback copy of Salby Evolution, not least because Lesley was one of the first victims to try my then rough copy of Salby Damned in print – to which she gave an honest and genuine review. It was to that end, and a conversation I’d had with Lesley a few days ago now, that led me to the next sketch, again completed yesterday straight after the one above. In this one, I was attempting to capture the very essence of a real live person, and not just any person. Imperative then that I make a reasonable job of it. I tested my work on the IASD Group members, most of whom know what Lesley actually looks like. In this case, I picked a photograph to draw from. This was one taken with one of her best friends.

It occurred to me that sketching a real person might seem just a tad eerie. This wasn’t a planned sketch per se, more one of those spur of the moment things, just to see if I could capture the essence of someone I know and admire. See what you make of it.

My original attempts to capture the wry, knowing and somewhat subdued smile in the picture I chose were pretty spectacularly terrible. In all, this image took just over three hours to get to this point. The good folk in the IASD soon figured out who this was supposed to be, which means my interpretation wasn’t too far out. That made me smile.

It seemed fitting then, that the next sketch was another much-admired author, this one completed on 13/10/16 and is the mighty Nico Laeser. My next sketch will be one by request, stay tuned to find out who that will be 🙂

This is a new section of my blog spot posts and I’ll be adding to it as I create more random sketches.

Keep an eye out on my main page for special offers and promoted works available for FREE. If you’ve not seen my Book Blast Facebook videos, that may be a source of inspiration for your next indie read.

This sketch of Nico Laeser was drawn from a Facebook image on the author’s timeline and took around six hours to finish.

The image of Aya, left, was drawn using a mobile phone photograph to work from and took slightly longer to get to that point. It is 12 x 12 inches in total, much larger than the image shown here. The subject, Aya, is the youngest daughter of my partner and insisted that the shine to her hair be included in the portrait – who am I not to oblige? Hehehehe

Further random drawings will follow as I practice more portrait drawings – I’m thoroughly enjoying myself and whittling away pencils at quite a rate.

I’ve been quite busy with the pencils these last two months. It seems my sketches made good “secret santa” gifts for those at my place of work – so I did a few portraits for colleagues, framed them, and gave them away. Here’s a selection of the ones I completed before the Big C came a calling. 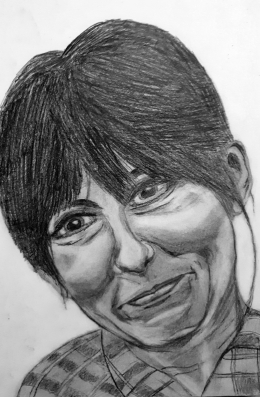 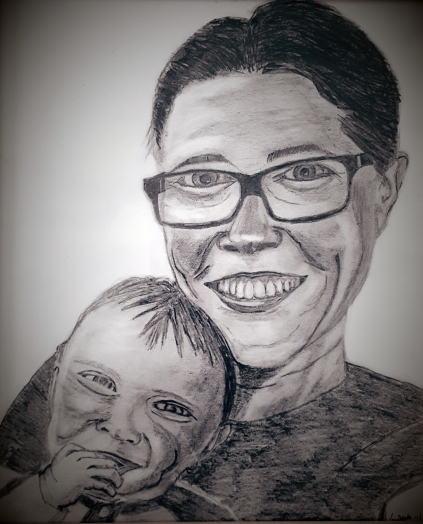 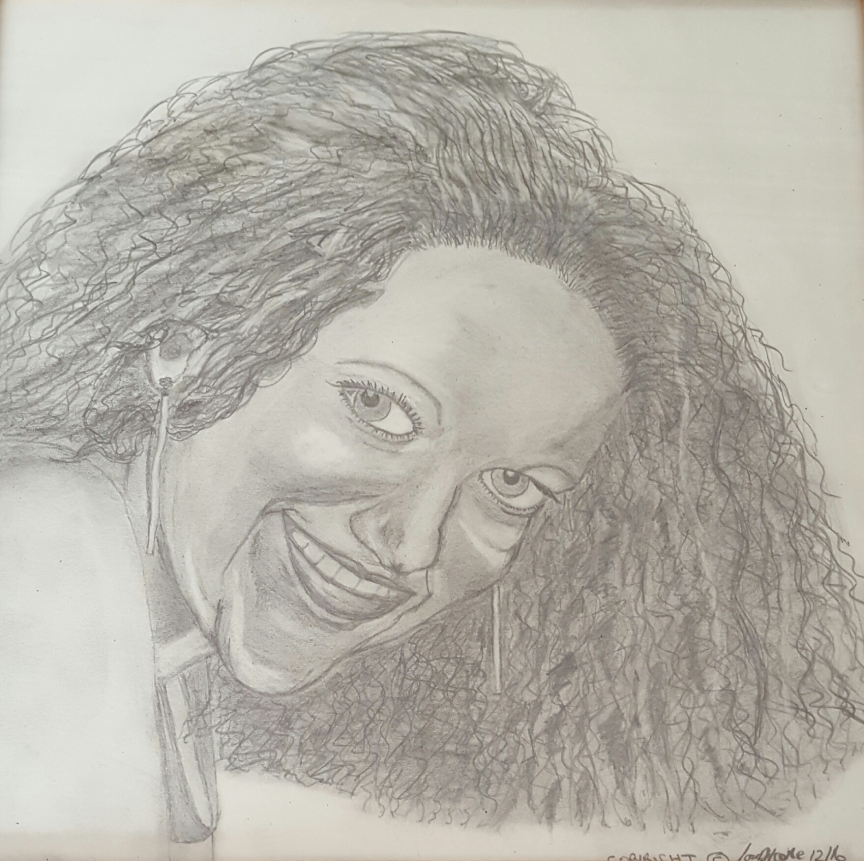 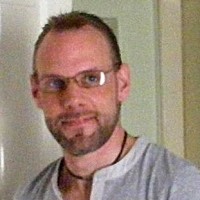 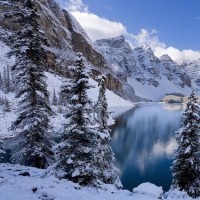 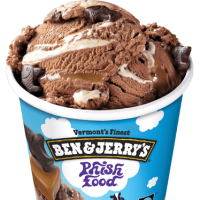 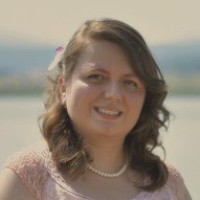